A decent towards madness; “Joker” portrays life as it really is 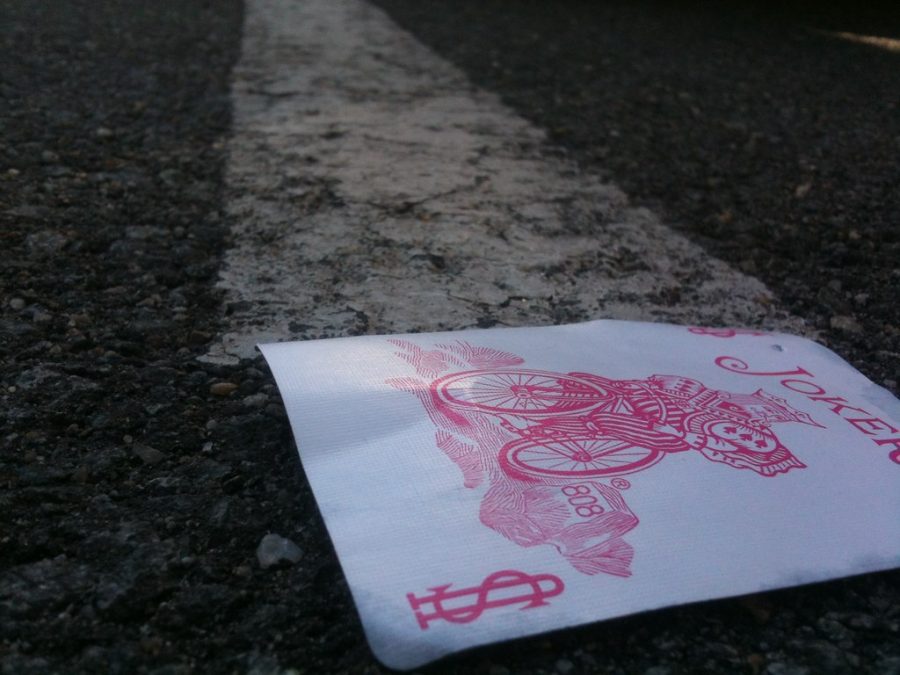 What do you get when you push a broken man over his limits and destroy his mental state beyond repair? You get an all new dark and twisted origin story of the clown prince of crime, The Joker.

The two hour long film, “Joker,” tells the story of Arthur Fleck, a lonely mentally ill man on the brink of falling into madness due to his financial struggles (along with his ill mother) and the way the world has treated him throughout his whole life. Arthur just wants to make the world a better place by becoming a stand-up comedian and by bringing laughter to the world.

Arthur can’t fulfill his dream due to his pathological laughter, a disorder which causes him to burst out laughing in the most uncomfortable times which unfortunately leads to many of his problems. This disorder also leads him to the one situation that starts his transformation into the infamous Joker.

After Arthur kills three young men who worked for Thomas Wayne, the father of Bruce Wayne, (a.k.a. Batman) for attacking him on a train for uncontrollably laughing, that is when the city of Gotham starts to praise the murders and start to protest the abuse from the wealthy politicians of Gotham.

Arthur uses this as a sign of him finally being noticed by the world instead of being an outcast. A couple days pass by and Arthur is preforming a stand-up comedy show in front of a small audience, but little does he know what bitter surprise he’s in for.

Famous late night TV host, Murray Franklin, uses a clip of his stand-up show and starts making several jokes about Arthur on live television about him being a “joker” for trying to copy his job. Arthur looked up to Murray as a father figure and because of that Arthur finally loses it.

Murray’s associate calls him and asks him to be the guest for Murray’s show next Thursday night and Arthur willingly agrees.

Finally, ladies and gentlemen, the fun begins. Arthur finally dons the Joker persona and accepts his descent into madness by cheerfully dancing down a long flight of stairs knowing there’s no going back. After a scuffle with police detectives in a train, Arthur makes his way to show the world what a broken man will do when society abandons him.

As Murray introduces Arthur officially as “Joker”, that’s when the whole atmosphere of the movie changes. You see a man with high power with thousands, possibly millions of viewers watching him make fun of a man who isn’t afraid of who he has become and knows there’s nothing else for him to lose.

As the tension builds up more and more, we finally get the killing joke. BANG! Murray is shot dead by the one and only Joker.

Gotham has officially lost all of its control and has descended into madness along with Arthur; Riots and violence take over the city shortly after Murray was killed.

You see what makes this film so unique is the gritty true reality that this could possibly happen in today’s world. Pain can change the sweetest of hearts into the worst enemies of others. This film shows in all its glory that society doesn’t care about the mentally ill let alone the poor and broken.

Arthur went from a guy who just wanted to be good, but instead got the attention by being Gotham’s evil ruler. ‘Joker’ isn’t a film for the faint of heart, because this film speaks more about the sad truth of today’s world that media never speaks of. I honestly loved this movie from start to finish.

From its well-produced, depressing soundtrack to its well driven story from the eyes of a man who’s had enough. Remember, be kind to others, you never know what’s going on in their life and you’ll never know what they truly feel. Be good people or a real joker might one day rise.