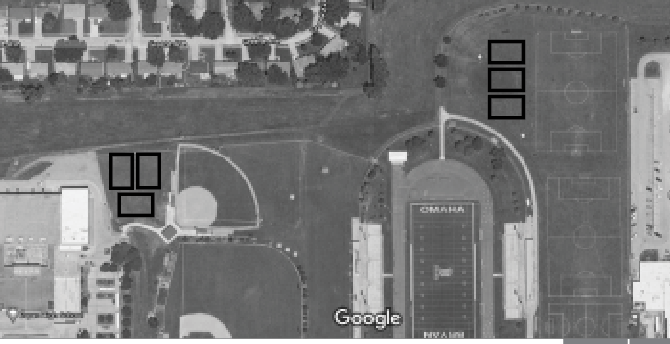 In early Oct. members of Teacher Adminstration Center (TAC) were sent out to find possible locations of where approximately three tennis courts can be placed. Here are ideas of potential locations of the courts

After many years of not having any tennis courts at our school, there is a possibility of them being added to the school’s assortment of courts and fields. They are hoping to get the courts within two years.

Most of the other schools in Omaha Public Schools like Omaha South have their own courts or they have access to tournament-ready courts which help them be competitive. Having courts means the players wouldn’t have to travel to a public park and pay to practice at a facility that is far from the school.

“We have the talent in our school, but we could be even more competitive if we had courts equal to the other teams we play against,” varsity tennis coach Ricardo Hernandez said. “I also believe we would be able to attract more fans and recruit players more easily if we had our own courts and students could see how fun and competitive the sport is.”

In early Oct. the people who work at the Teacher Administration Center (TAC) building sent people to the school to measure possible areas where the tennis courts could be located and they found two possible spots.

“We don’t know where they will be located,” Hernandez said. “The areas they are considering are near the girls’ softball field, where there is open land for 4 courts.”

The school has been talking about adding courts for years now, but the money always ended up somewhere else. Dr. Ortega saw that installing them would highly benefit the school.

“We could also use those tennis courts for our physical education (PE) courses and give more students the opportunity to learn how to play it during PE and then some of those kids would want to go out for our tennis team,” Murtaugh said.

The players are excited about the fact the courts are getting considered. The chance of having new courts are making them joyful, appreciative and motivated.

“I feel that the courts will be very beneficial to the boys’ and girls’ team since we’ll save time because we won’t have to go to away courts,” varsity junior player Sophia Rubenstein said.