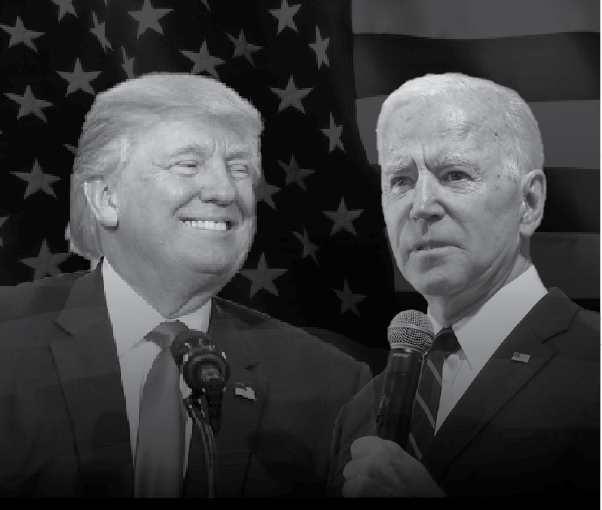 With the 2020 election only four days away, the presidential campaign trails are headed into the final leg of the race as voters are casting their ballots to select who will be president, and for some first-time student voters there are mixed emotions.

The presidential campaign got heated and intense during the first presidential debate on Sept. 29, and students noticed it. Senior Sophia Rubenstein was disappointed in both candidates and was left with many unanswered questions after the debate.

“It was like watching two kids throw sand at each other in a sandbox,” Rubenstein said. “Both were unprofessional and rude to each other, from name calling to rude remarks.”

With Rubenstein and many others waiting for more answers, they waited in anticipation for the second debate, but it was postponed due to republican candidate and current President, Donald Trump being diagnosed with COVID-19. However, the final debate was held on Oct. 21. The debate had more regulations such as microphones that were muted during the two-minute response times for the person who was not supposed to be answering and the removal of audience members who didn’t wear a mask.

“I think that it did go better than the first debate in that there was less yelling, and it was more clearly shown the candidate’s opinions and views,” senior Parker Poledna said.

Whether it’s because of safety precautions due to the pandemic, because voters are more passionate about this election or because of some other reason, there has been a record number of Americans casting their votes early.

According to TargetEarly2020, voters in Nebraska have already cast 42.7 percent of the total votes (including mail-in, early voting and election day votes) in the 2016 general election. Mail-in and early in-person ballots returned in the state as of Oct. 25, were at 360,748, a 168 percent increase from the same time in 2016.

Omaha is considered to be a battleground city because it will decide who gets the electoral votes for the entire state. Because of this, Trump visited on Tuesday to try and sway undecided voters.

He has been focusing his campaign on ways to improve the economy and creating a vaccine for COVID-19 which he hopes to begin distributing by end of the year and having 300 million doses available to the people by beginning of 2021.

One of the president’s supporters, junior Tobin Wingender, said he would vote for Trump if he was old enough, because he supports some of his policies that he believes can help boost America’s economy.

“He hit record low unemployment rates for different races and genders, along with the tax cuts and jobs act which allowed most Americans to have a tax cut and allowed more jobs to be created to help lower and middle class,” Wingender said.

His competitor, democratic candidate, former Vice President Joe Biden, has been focusing on reforming the criminal justice system and raising taxes for people who make more than $400,000 a year. The goal for Biden’s tax plan is for the government to have more money to spend on things like climate change, education and childcare.

Leaning against voting for Trump, senior Mariam Zahid said, that “the most important issues for me would have to be someone who has experience, has data to back them up, doesn’t push the media away and someone who will also bring racial justice.”

Students old enough to vote will get their chance to cast their vote on Nov. 3, and won’t have to miss school to do so. Nov. 3 and Nov. 4 are non-student days. The days will be used for professional development and work days for staff.