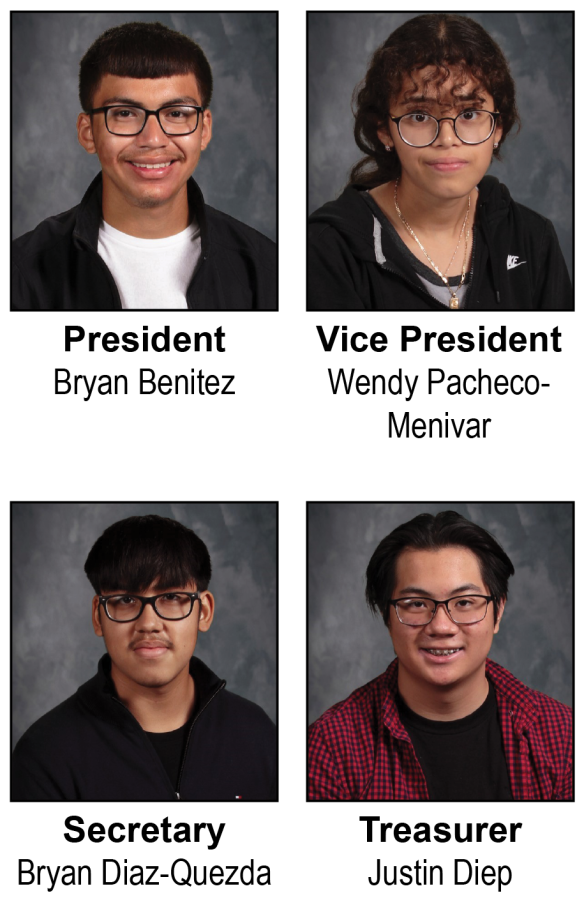 Elections for the Class of 2023 Junior Class Officers (JCO) were held last week and the results are in. Joining 18 of their peers who will be JCO ambassadors are President Bryan Benitez, Vice President Wendy Pacheco-Menivar, Secretary Bryan Diaz-Quezda and Treasurer Justin Diep.

The group of juniors will work to promote school and class pride and help with ACT preparations, but their largest task will be putting on prom.

“I hope to have an amazing prom that rivals previous proms,” Benitez said.
While this is a large task, much of the decision making has already been done for prom. It will be on April 30, at the Durham Museum.

They do not have a name for it yet, but plan on having a vintage Hollywood feel to the event.

“The Durham is the perfect venue,” JCO sponsor Ranae Duncan said. “It’s elegant and has an art deco design to it already that will fit the glamorous, vintage Hollywood feel.”

While last year’s prom was funded by an anonymous philanthropist, this year’s is not. Students will have to pay for their tickets once again. They will be $25 each or $45 for a couple, which is the same price tickets were pre-pandemic. They will go on sale the week of prom.

“I wish it could be free to attend, but that’s not how it goes,” Duncan said. “The funds for this year’s prom came from ticket sales from the 2019 prom and the revenue from this year’s prom will pay for next year’s.”

As far as details go for the 2022 prom, the colors will be red, black, white and gold; the DJ will be DJ Devon Dupree who has been the DJ in the past and there will be a photo booth and snacks.

In addition to prom, they will be in charge of a prom spirit week to build excitement for the big event.

“Spirit weeks kind of bring the classes together and build school spirit and that’s what we’re supposed to do as junior class officers,” Diep said.